The Veteran Earthdog title is awarded to dogs whose owners are AWTA members in good standing during the entire period of qualifying work. When applied for by the owner, this award is for the earthdog that has completed the following requirements:

The CCA title is awarded to a dog whose owner(s) are AWTA members in good standing during the entire period of obtaining the passing scores. The starting date for the Award is for passing scores on or after January 1, 2012.

The Veteran Earthworker title is awarded to AWTA members in good standing. When applied for, this award is for the member that have completed the following requirements:

The award for the AWTA Earthworker will be an English digging shovel. 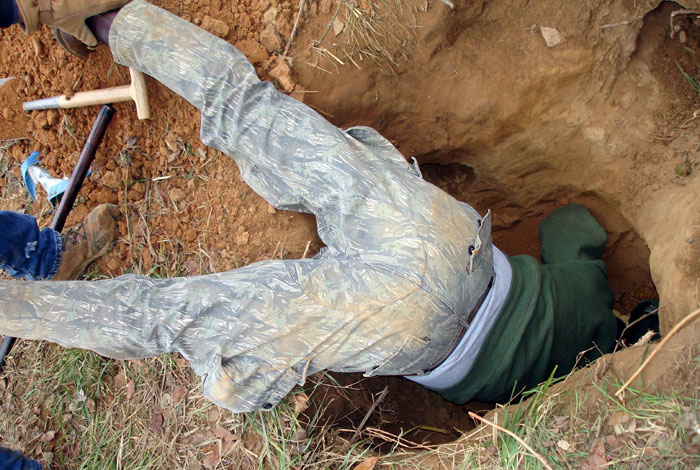 The American Working Terrier Association (AWTA) was founded to encourage and promote the breeding, hunting, and ownership of terriers of the correct size, conformation, and character to perform as working terriers.

The main objective of the AWTA is to encourage terrier and dachshund owners into the hunt field with their dogs.

Become a member of the American Working Terrier Association. You can enter or renew your membership online.Yearly memberships are only $20 (single), $25 (couple) or $10/$17 (junior).

Your shopping cart is empty
Visit the shop